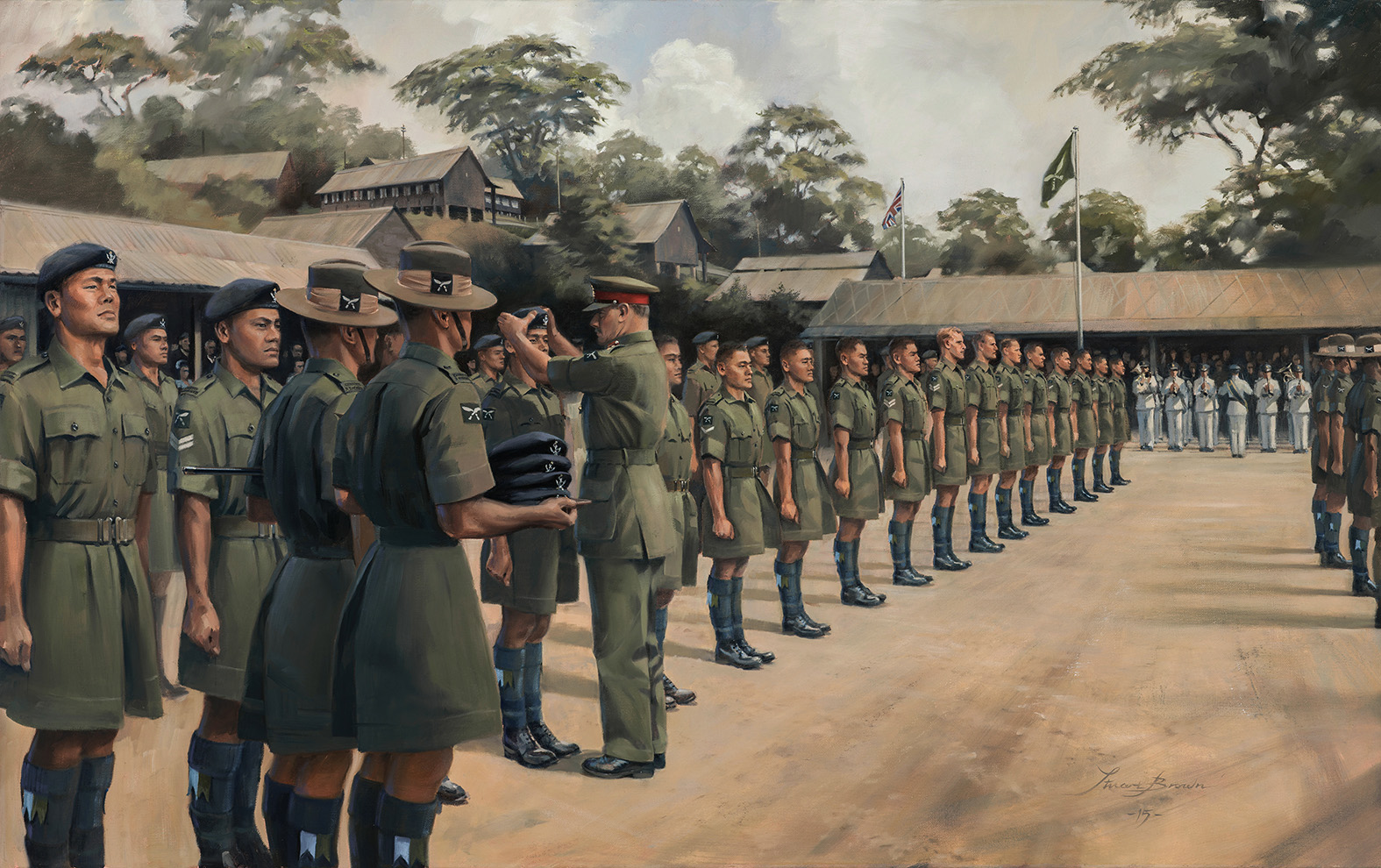 Commissioned by the Queen’s Gurkha Signals.

At a Parade held at Lamjung Camp, Kuala Lumpur, Malaya on 23rd September 1954, the Major General Brigade of Gurkhas,
Major General L E C M Perowne CB CBE presented the new capbadge to servicemen in the Gurkha Royal Signals Regiment.
Five years after its Formation, the Parade heralded the transition of the Regiment from a unit of The Royal Corps of Signals to incorporation in The Brigade of Gurkhas (formally authorised on 28th September 1955 by Army Order 102 and titled ‘GURKHA SIGNALS’ ). The General’s Address to the Parade concluded:

“By your badge men will know you. By your loyalty, by your behaviour and by your technical skill, they will judge you as men and measure your efficiency as soldiers”.

The 23rd September is celebrated as the Regimental Birthday.