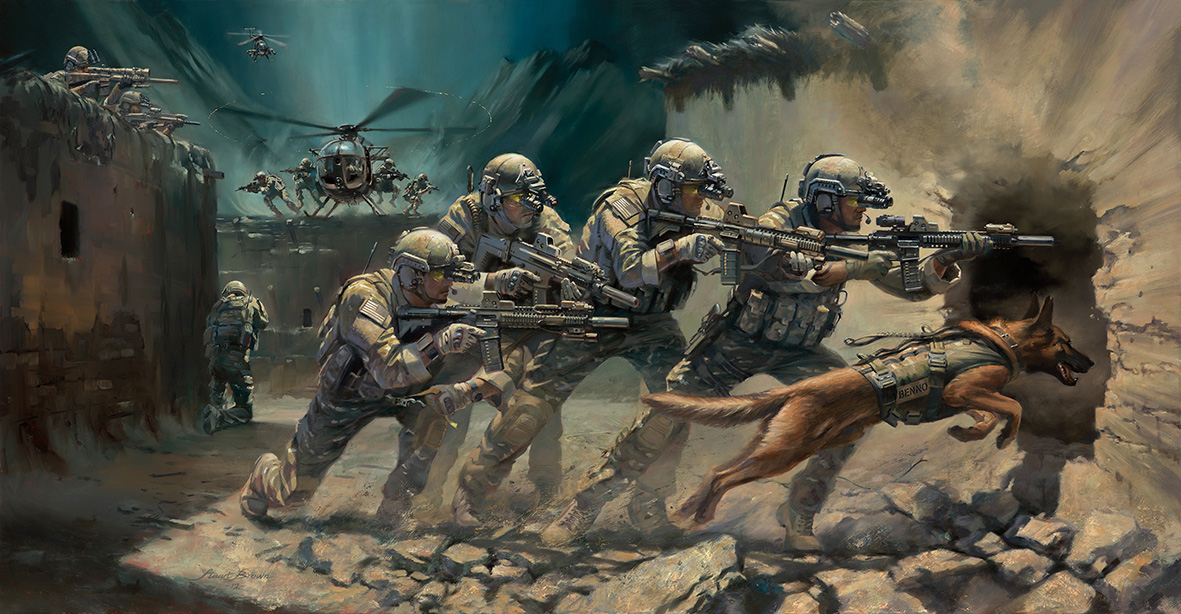 The painting portrays a Ranger Fire Team with their distinctive equipment, armed with a SCAR-H, M-4s and a Military Working Dog assaulting through the breach during a raid. A Ranger Sniper Team is in over-watch together with an AH-6 and MH-6 flown by members of the 160th Special Operations Aviation Regiment.

The US called upon the 75th Ranger Regiment as one of the first units to respond in the War on Terror. On October 19, 2001, Rangers executed a low level airborne assault, seizing Objective Rhino, an airfield in Kandahar, Afghanistan. For over eleven years, a reinforced Battalion of the 75th Ranger Regiment has been actively engaged in combat operations in Afghanistan and Iraq.

This painting is dedicated to Rangers of all eras who have gone ‘Into the Breach’, especially those who made the ultimate sacrifice. 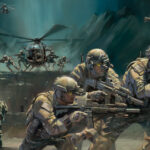 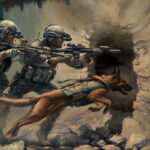 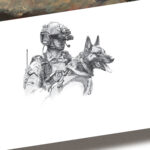