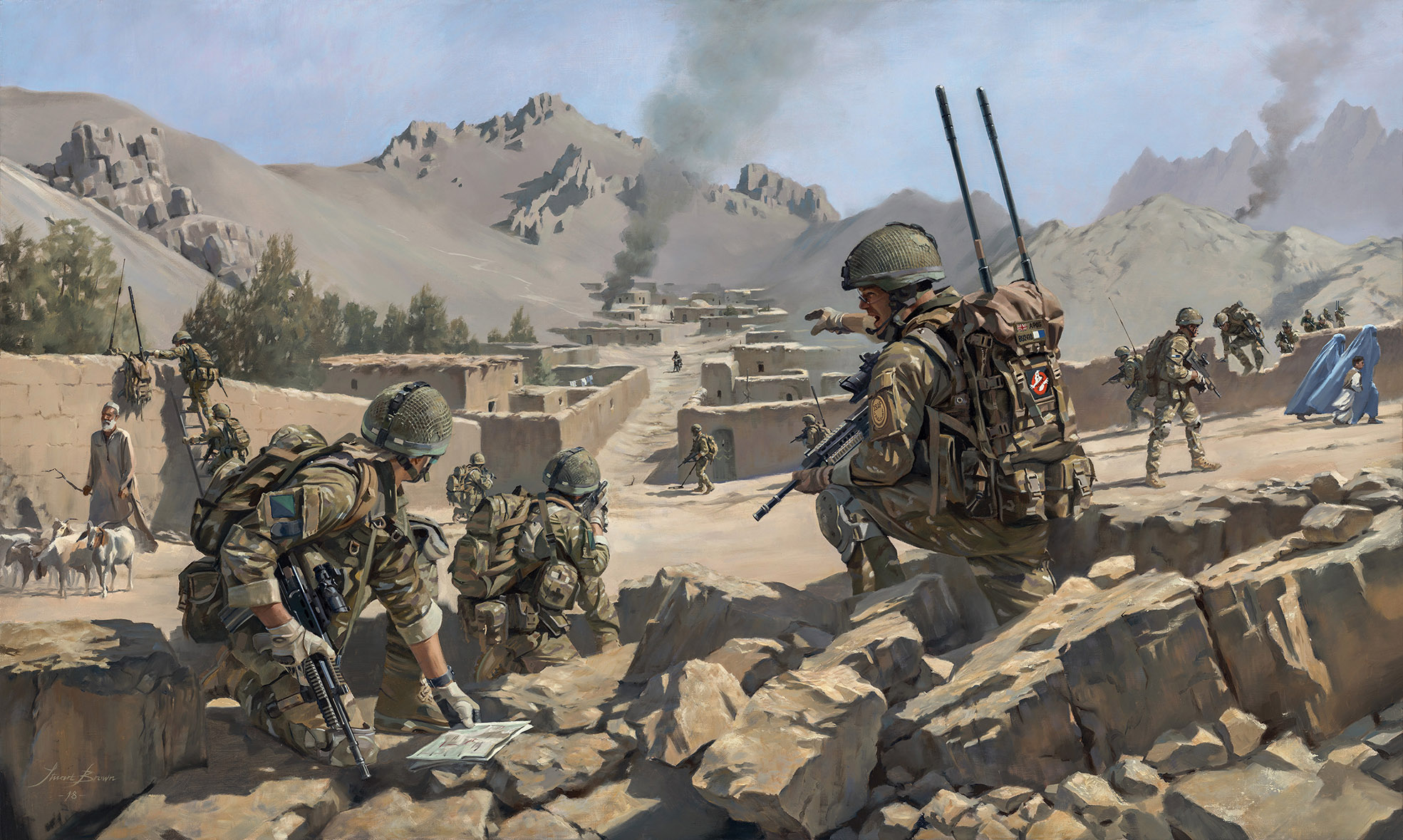 Commissioned by The Royal Corps of Signals.

The Royal Corps of Signals has a long history in delivering Electronic Counter Measures (Force Protection). This capability has supported British soldiers on operations for over 30 years.

This scene depicts a typical Radio-Controlled IED threat environment in Helmand, Afghanistan where the mnemonic CAGE (Channelled, Aiming marker, Ground, Environment) principles are being applied by the foot patrol as they assess the situation. In the foreground, an ECM(FP) Operator Maintainer is carrying ECM(FP) Manpack equipment.  He is part of two parallel Royal Irish/Irish Guards patrols that are converging on a narrow ‘pinch point’ in a remote Afghan village. Local inhabitants are rapidly leaving the scene as a potentially hostile observer or ‘dicker’ is apparent in the distance, on a motorcycle but stationary. Smoke columns may be interpreted as a signal to locals. Equipped with a Vallon mine detector, an operator investigates an area of disturbed earth with a possible marker stick. ECM sets are being placed over a compound wall, to cover a potential dead spot as the patrol moves towards the area. 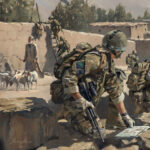 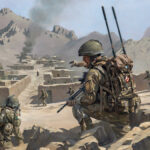