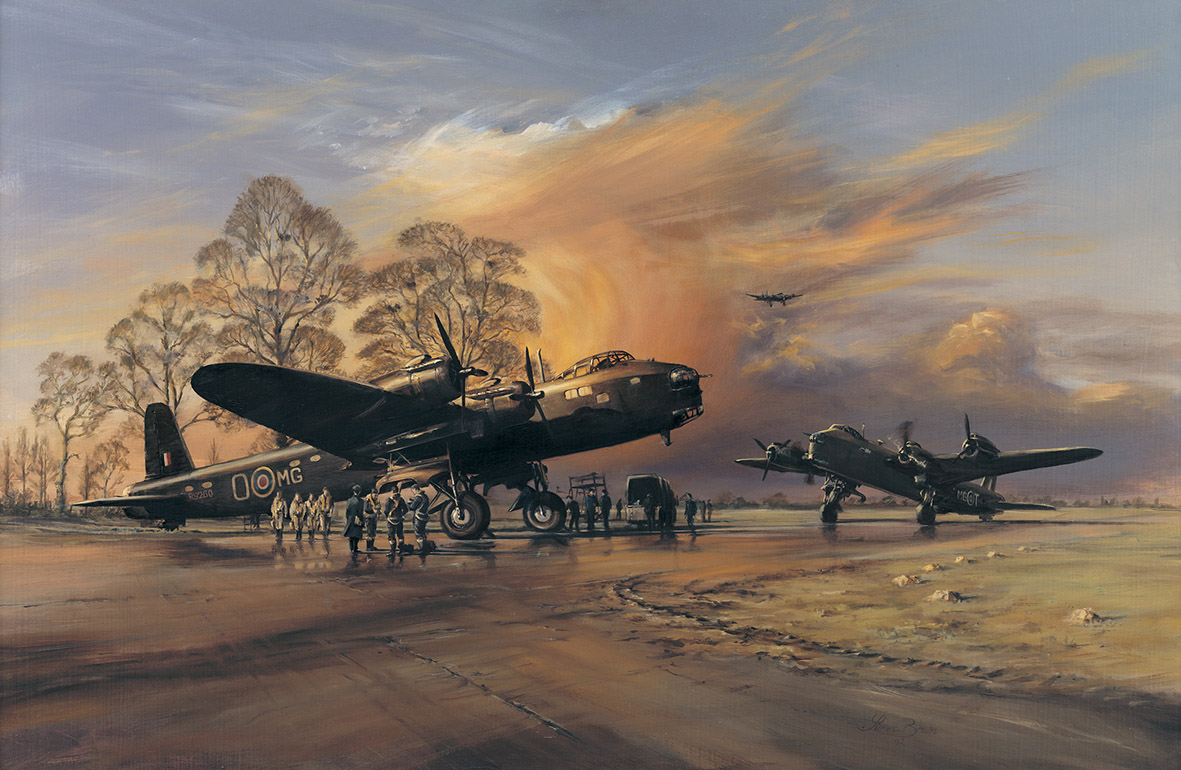 7 Squadron Short Stirlings returned from one of forty-five bombing missions completed by the crew of MG’O’ R9260 while based at RAF Oakington, Cambridgeshire, during 1942/43.

Originally reproduced as a limited edition of 250 prints, signed by members of the air and ground crew of ‘O’ Orange, including pilot Squadron Leader Geoffrey H. Malcolm DSO, DFC at their 50th anniversary reunion.