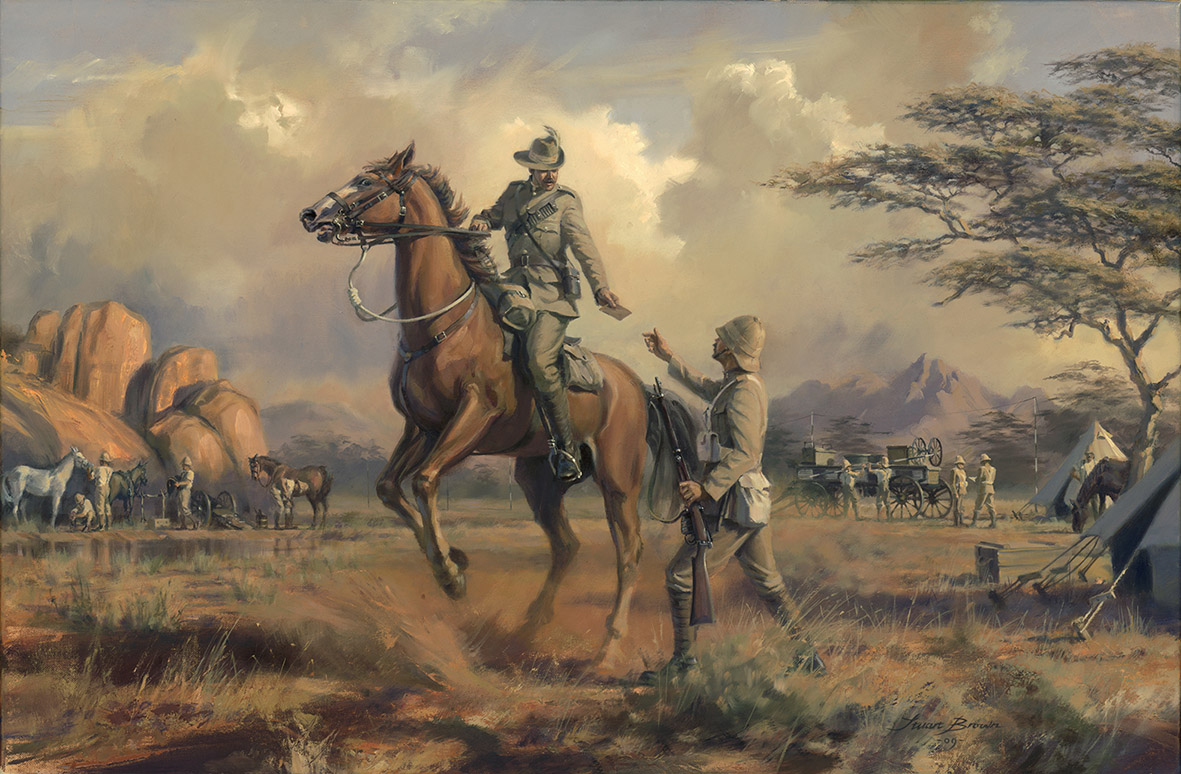 An Imperial Yeomanry dispatch rider arrives from an area of conflict with an urgent message for the British HQ in Cape Town during the Boer War.

‘The scene is set in South Africa during the Boer War. An Imperial Yeomanry dispatch rider arrives with an urgent message for the British HQ in Cape Town. He hands the message to a member of a Royal Engineer Telegraph Company, the predecessors of Royal Signals. The message has arrived by mounted rider, a technology which has served military commanders for thousands of years, but will be now conveyed at the speed of light through the new electric telegraph, highlighting the significant change in signalling technology. The scene assumes that the telegraph network has been extended out from the Cape, but not yet as far as every area of conflict. In the background, soldiers can be seen working on the telegraph line using a cable wagon typical of the period. By 2008 a dozen former Yeomanry Regiments still survived as sub-units in the TA Corps. These included the Middlesex Yeomanry; the first unit to be converted to signals. Many of these units sent contingents to the Boer War as part of the Imperial Yeomanry.

The trooper illustrated is not from any particular unit, although extensive uniform and equipment research was carried out with the Berkshire Yeomanry and North Somerset Yeomanry. Two Volunteer Telegraph companies, one each from London and Glasgow, were sent out in 1899 to help the hard-pressed regular companies cope with the very long distances experienced in South Africa – and the fact that the Boers took every opportunity to cut the lines to hamper communications! Details for the Royal Engineer cable wagon came from Scottish Telegraph Company (RE) material in the possession of 32 Signal Regiment.’ 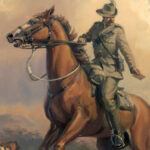 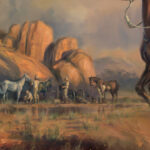 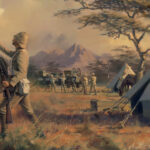