‘ZEITGEIST ~ SPIRIT OF THE TIMES’ 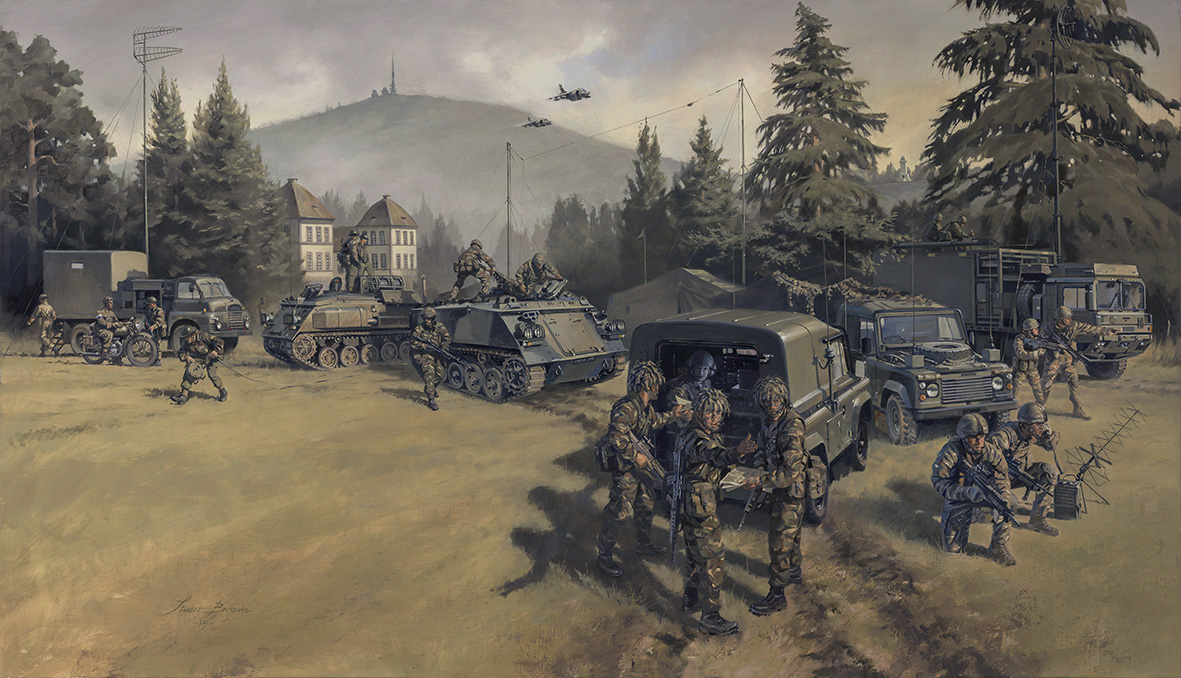 Commissioned by the Royal Corps of Signals in 2015 to mark the end of their long period of service in Germany.

Landmarks include the former Soviet listening station on the Brocken, the Schloss at Bisperode, the focus of many exercises, and just visible through the trees is the Bismarckturm, named after the Iron Chancellor who played a key role in the development of modern Germany.

The progression of equipment and soldiers demonstrates the evolving role of the Corps, from NATO defence to Out of Area operations, and exemplifies the combination of the Corps ethos with the environment and soul of the German hosts across the decades – the Spirit of the Times, or in German, ‘Zeitgeist’. 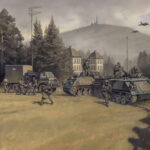 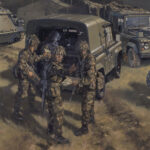 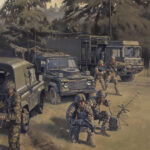