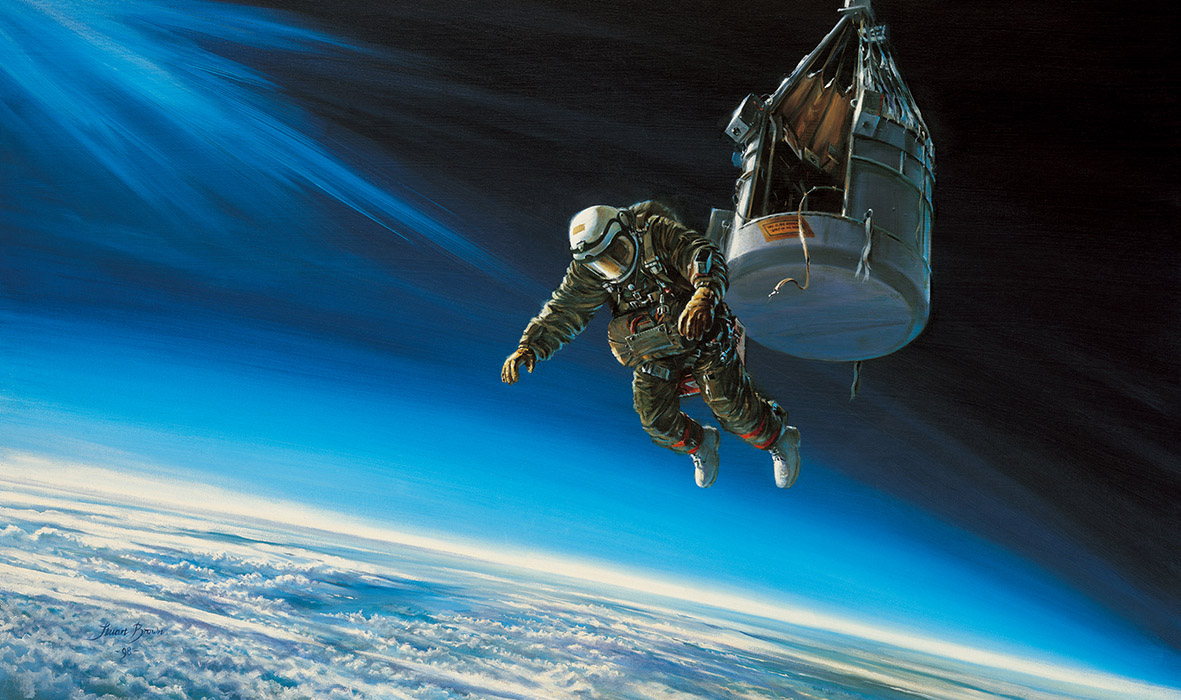 An incredible 614mph freefall from the edge of space, celebrated in this limited edition print, signed by the legend himself Colonel Joe W Kittinger.

Kittinger performed three extreme altitude jumps during August 1960 as part of the USAF research project ‘Excelsior’, a precursor to the US space race, to test survivability at the edge of space.

Excelsior III was the climax of the operation.

Leaping from the open gondola of a 200ft diameter helium balloon at nearly 103,000ft with 99% of the earth’s atmosphere below him, Kittinger spent four minutes thirty-six seconds in freefall. As he passed through 90,000ft his speed reached an incredible 614mph – almost the speed of sound in thin freezing air of the upper atmosphere. At 18,000ft his multi-stage parachute, operated by timers and barometric triggers, finally deployed his main parachute.

This historic jump set an altitude record that stood until 2012. 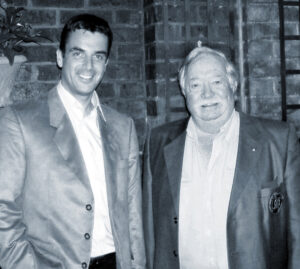 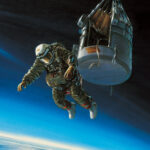