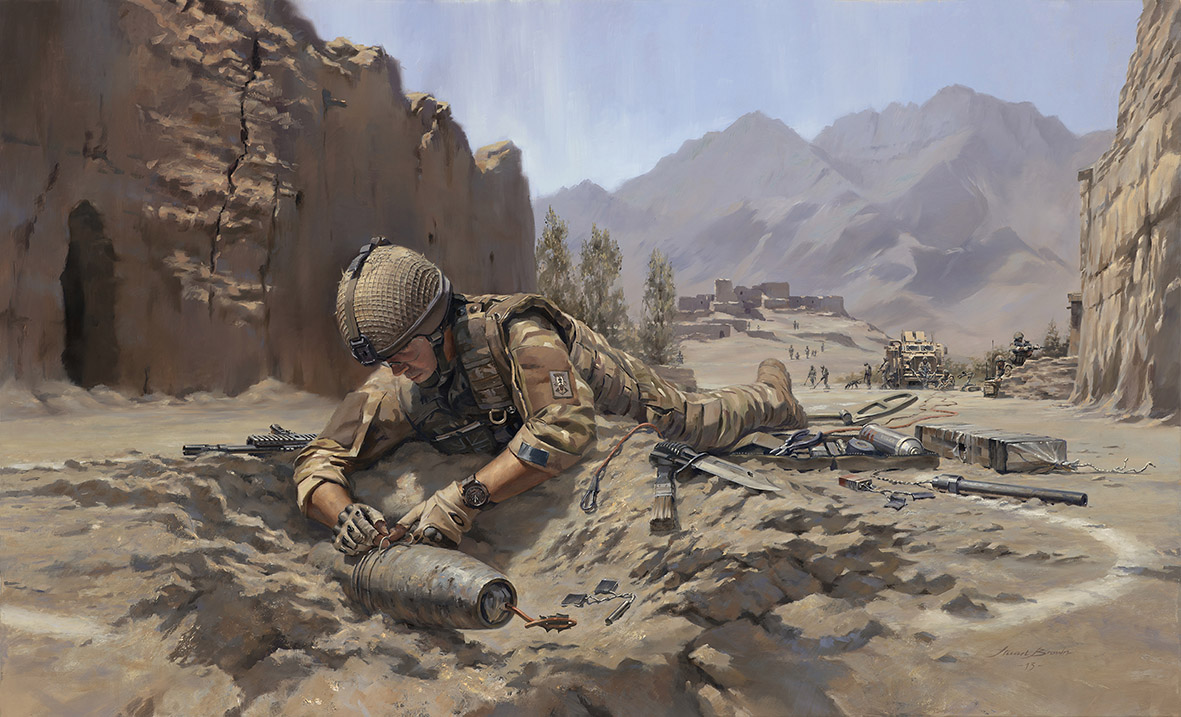 In the foreground is an EOD Operator from 11 (Explosive Ordnance Disposal) Regiment, The Royal Logistic Corps, who is in the final stages of neutralising a pressure plate victim operated IED. He wears the “Pashtun Felix the Cat” on his arm, the un-official emblem of UK EOD operators worn in both Northern Ireland and Iraq. This character has been used since 1974. Felix, being a cat, has nine lives and as a cartoon character survives all sort of chaos, Felix is also Latin for lucky.

Behind him in the middle ground sits his Electronic Countermeasures Operator from the Corps of Royal Signals, there to protect him against the remote controlled IED threat and his Infantry Escort for his and the Team’s personal protection. In the far ground is his Assistant EOD operator with the Team’s MASTIFFs vehicles along with a Royal Engineer High Assurance Search Team and a High Assurance Search Dog provided from 1 Military Working Dog Regiment Royal Army Veterinary Corps who are embarking on a further search.

From the early stages of Operation HERRICK these elements formed a composite grouping in a Task Force with the call sign ‘Brimstone.’  The Task Force’s motto was ‘Towards the Bomb.’ 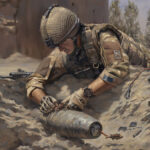 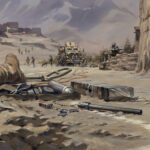 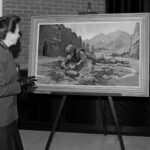