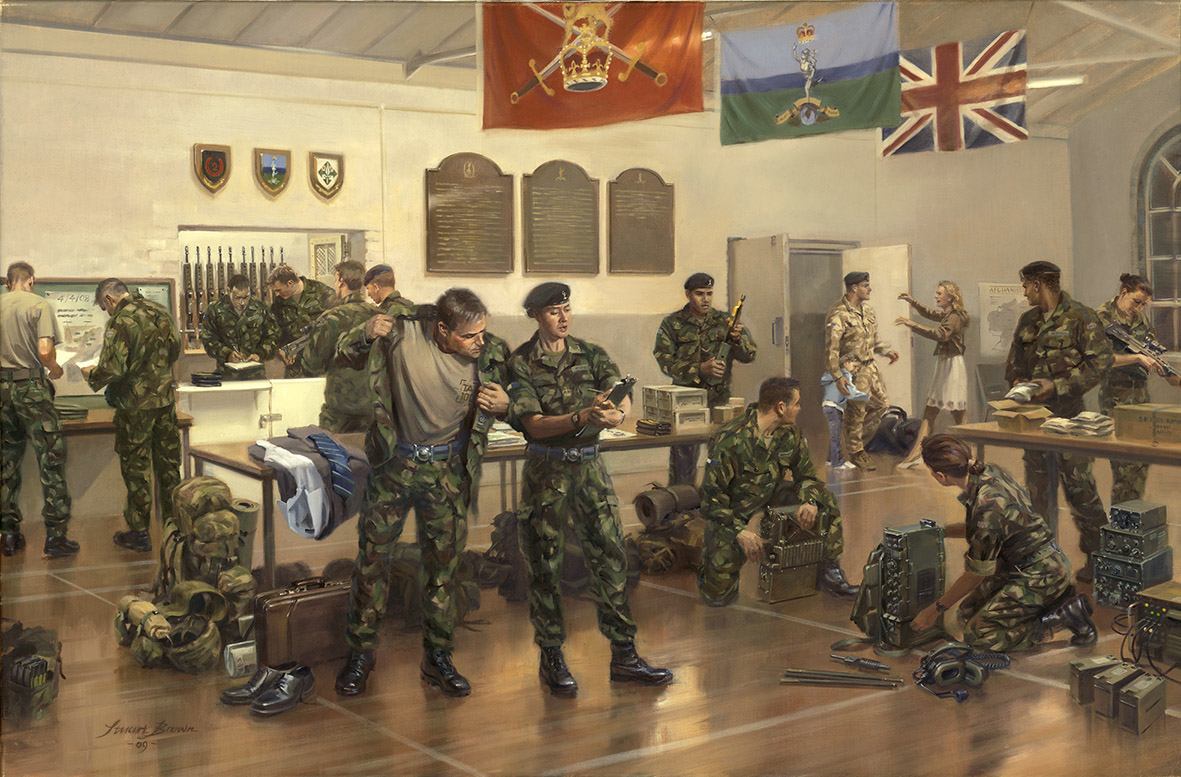 A typical Friday night scene at a TA centre during 2008, the Centenary of the Territorial Army.

‘One common and instantly-recognisable feature of TA service is the air of controlled chaos in the TA centre on Friday night when deploying on exercise. Some people have not yet turned up, a few vehicles are off-the-road unexpectedly, plans have to be changed and there seem to be a thousand things to issue, collect and brief on before the vehicles can drive out the gates.

In the picture all this is happening, and probably more. The Squadron Commander has just arrived direct from work and has not quite finished putting his uniform on, but his female SSM already has urgent messages for him about the exercise. Weapons and rations are being issued while on the floor soldiers hastily assemble the radios that are needed.  In the midst of all this there is a disturbance; a Sergeant who has been on an operational tour in Afghanistan has just arrived back from Chilwell to be greeted by his wife and small daughter. Eyes turn to the newcomer – what was it like?

While the painting is based on no particular TA centre, it is typical of many Signal squadron locations across the UK. A map on the wall refers to the current conflict in Afghanistan. The radios are the UK VRC 321, PRC 320 and PRC 351/2 – a rather catholic collection for a single unit, but representative of the TA as a whole. Similarly it is unlikely that a TAC would display the devices of both 2 (National Communications) Signal Brigade and 12 Signal Group, but this was felt to be a justifiable stylistic artefact. The diversity of race and gender reflects the modern TA in the 21st century.’ 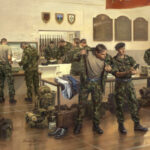 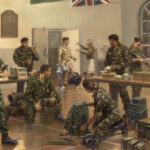