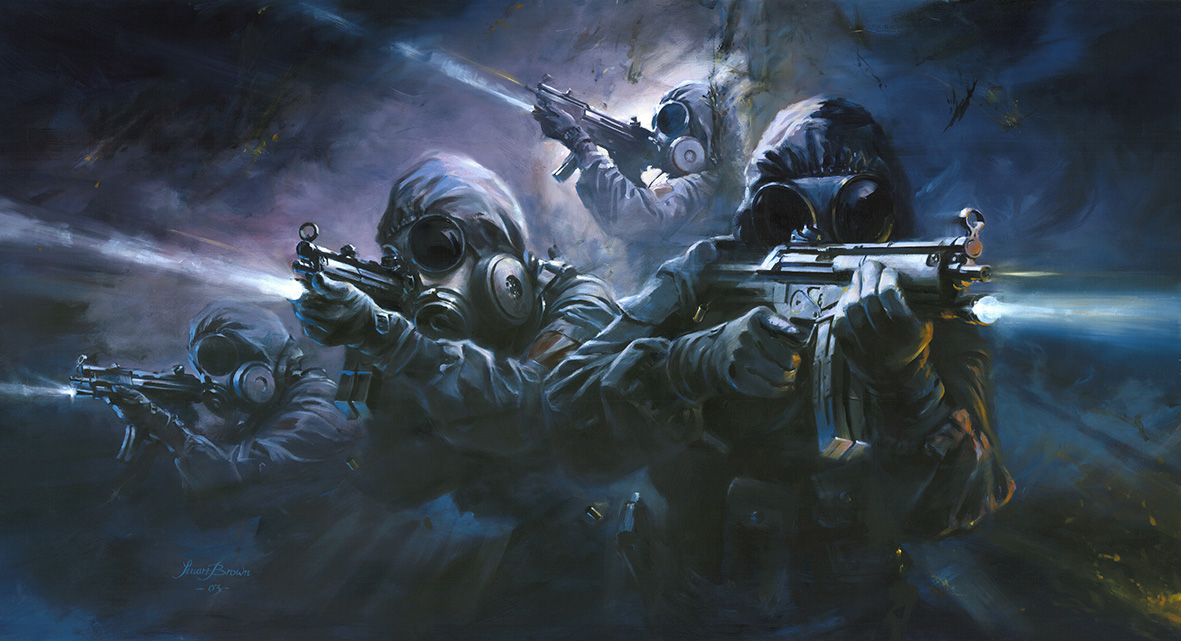 Available as a limited edition of 850 artist signed prints. 500 prints are countersigned by the following former members of the SAS who took part in the infamous storming of the Iranian Embassy siege in London, May 1980: 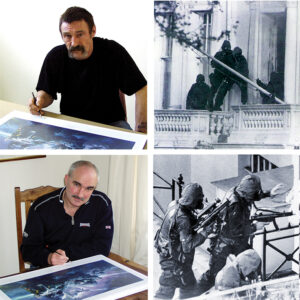 John (Mac) MacAleese MM (25 April 1949 – 26 August 2011) served in the British Army for 22 years, 15 of which were spent in 22 Special Air Service where he was awarded the Military Medal. Mac was part of the counter-terrorist team that entered the Iranian Embassy from the front balcony, using charges to blow out windows. Mac was a specialist instructor in demolitions, close protection, weapons and special projects.

Robin Horsfall joined the Parachute Regiment before his selection into 22 Special Air Service. At 23 years old, he was one of the youngest members of the SAS to take part in the Iranian Embassy siege. He saw service in Northern Ireland, Oman, South America, the Falklands conflict and subsequent counter-terrorist operations.

SAS signed prints are supplied with a Certificate of Authenticity listing and illustrating the above details.