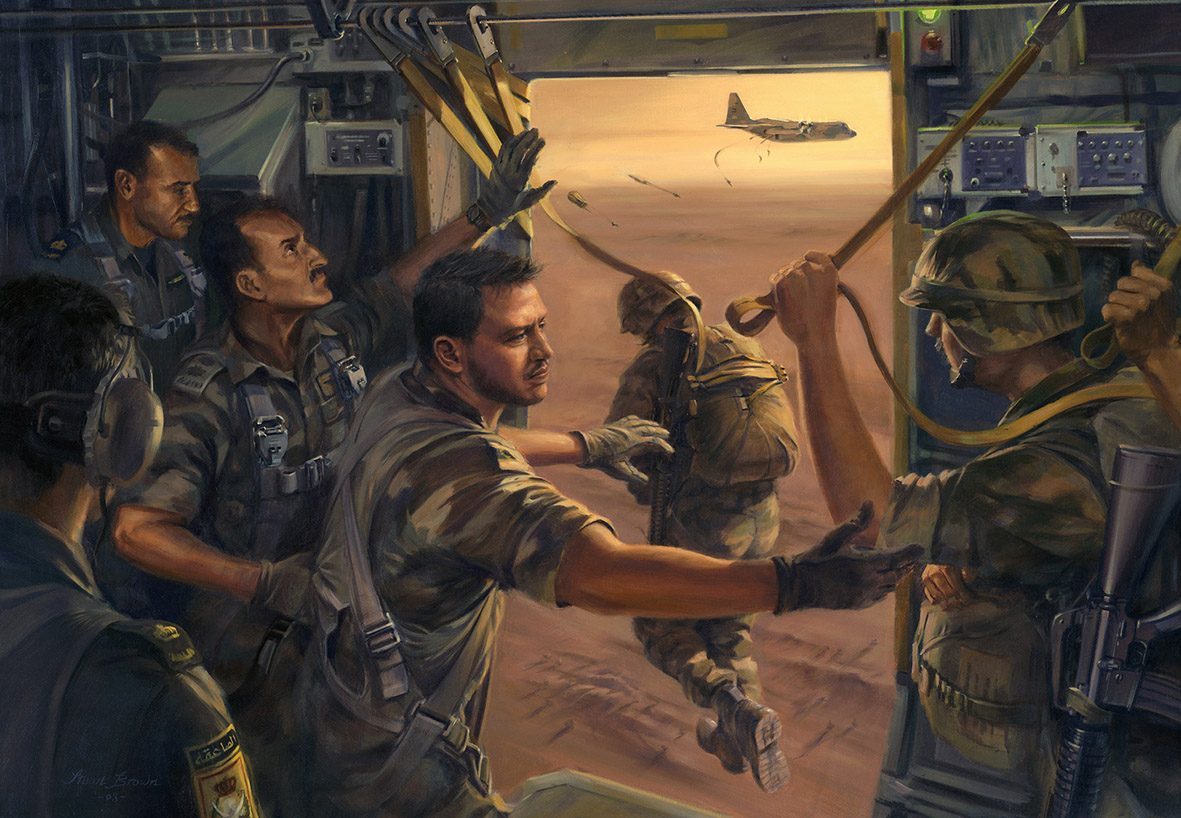 H.M. King Abdullah II of Jordan dispatches paratroops from a C-130 Hercules during his command of Jordanian Special Forces.

An oil painting commissioned by the Jordanian Royal Court.

H.M. King Abdullah II entered the Royal Military Academy Sandhurst (U.K.) in 1980 and was commissioned as second Lieutenant in spring of 1981. He then served as a Reconnaissance Troop Leader in the 13/18th Royal Hussars Regiment (British Army) in the U.K. (and West Germany).

From 1985 to 1993 he served mainly in the Armoured Corps (3rd Division) in all related command appointments at platoon, company and as battalion second in command positions, until finally commanding the Second Armoured Battalion, 40th Armoured Brigade with the rank of lieutenant Colonel from January 1992 to January 1993. During this period he attended several military courses in the U.S. and the U.K. including Staff College Camberley (U.K.) 1990-1991.

He also has several attachments to the Special Forces and a year as a tactics instructor with Jordan Army’s Anti-Tank, Cobra Helicopter Wing.

The beginning of 1993 saw him as Deputy Commander of Jordanian Special Forces till he took full command in November 1993. He commanded these forces till October 1996, when he was instructed to re-organize this and other elite units into the Special Operations Command (SOCCOM).

In 1998, as SOCCOM Commander, he was promoted to the rank of Major General and continued this command until the passing away of His Majesty King Hussein in February 1999. 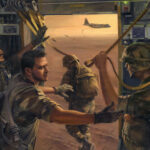