‘IN THE FOOTHILLS OF THE HINDU KUSH’ 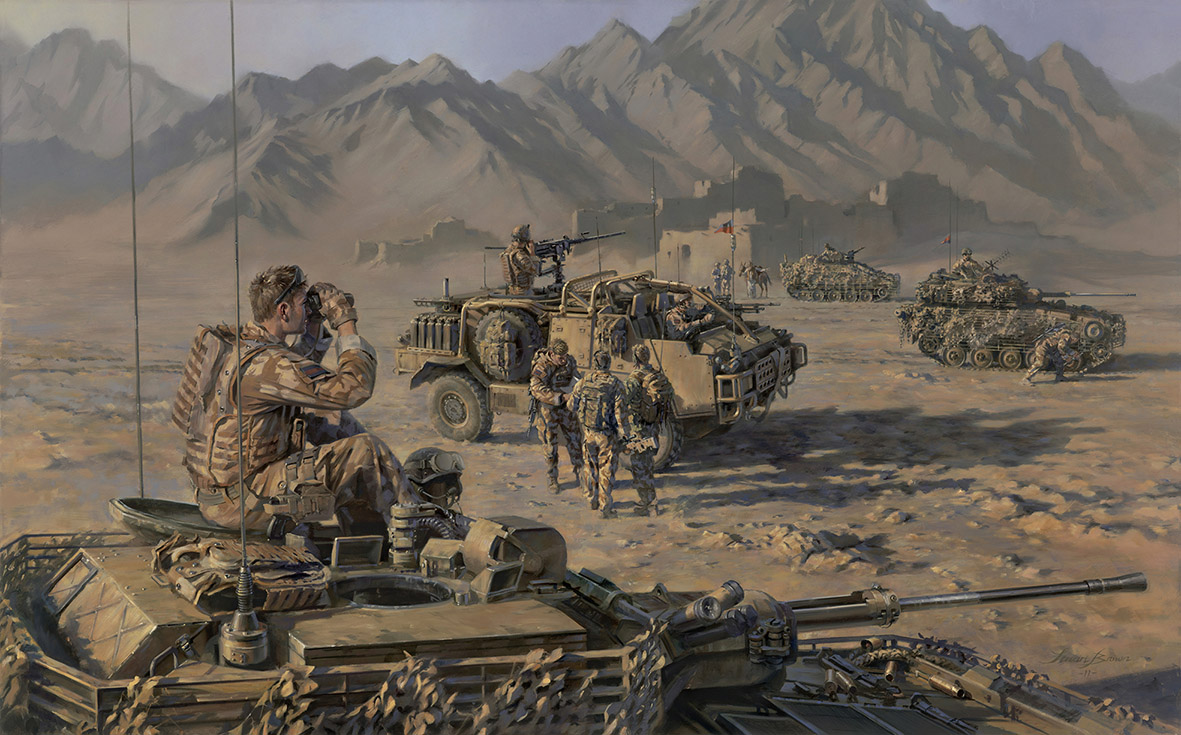 Commissioned by the Household Cavalry Regiment.

The Household Cavalry Regiment has been heavily committed to operations throughout Helmand, Southern Afghanistan since 2006, conducting long-range reconnaissance, security and stabilisation tasks.

The painting depicts a reconnaissance patrol from HCR taking a short halt before last light, in an area typical of northern Helmand, near the key town of Musa Q’aleh. The scene shows a mixed patrol equipped with a variety of vehicles and weapon systems used by the Regiment including the Scimitar and Spartan CVR(T) and the Jackal 1.

This painting is dedicated to those who did not make it back. 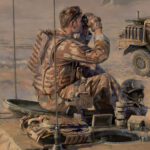 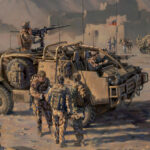 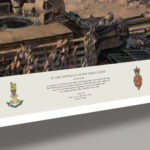