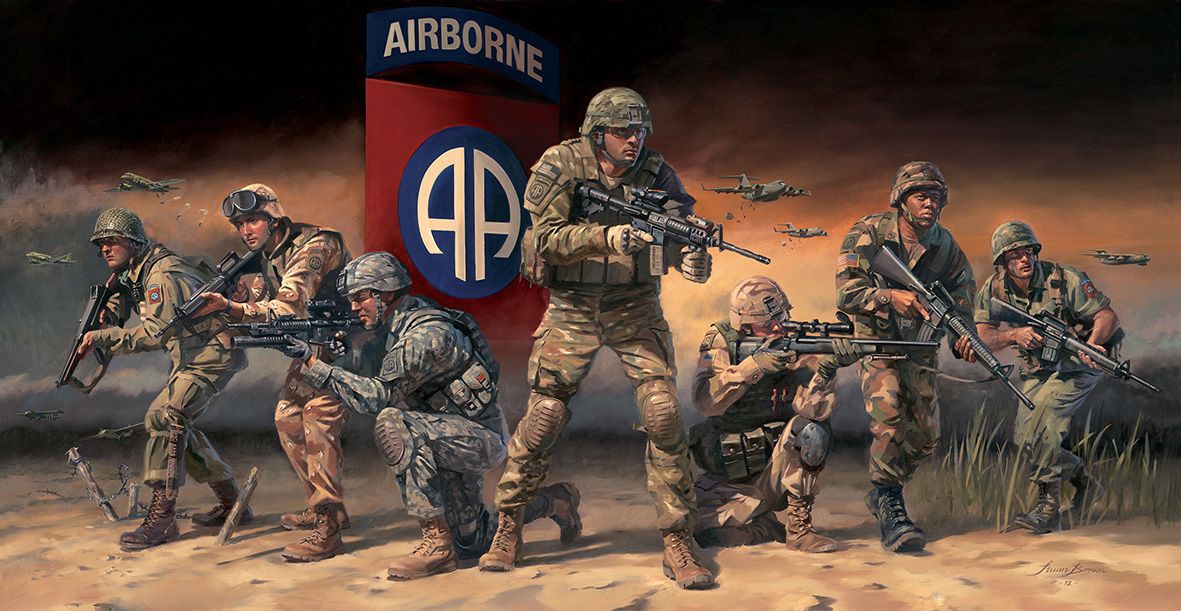 The 82nd Airborne Division – ‘America’s Guard of Honor’ – is one of the most powerful forces in the US military arsenal.
From brutal trench warfare in France during World War I to the fierce mountain fighting in Afghanistan today, no other military unit has responded to America’s call-to-arms more rapidly and effectively world-wide than the 82nd Airborne.

As the United States entered World War I, the 82nd Division was constituted and organized in August 1917 at Camp Gordon, Georgia. The unit acquired the nickname ‘All-American’ as all 48 states were represented on its initial roster. Today, the 82nd Airborne Division remains an elite force whose ranks are filled with Soldiers from all 50 States, the United States Territories and immigrants from many other countries.

As the largest parachute force in the free world, the 82nd Airborne Division is trained and ready to deploy anywhere, at anytime.

Published as a military edition of 8,200 prints with 200 signed artist proofs. 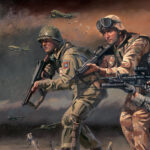 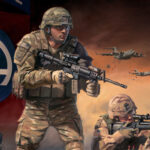 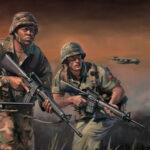