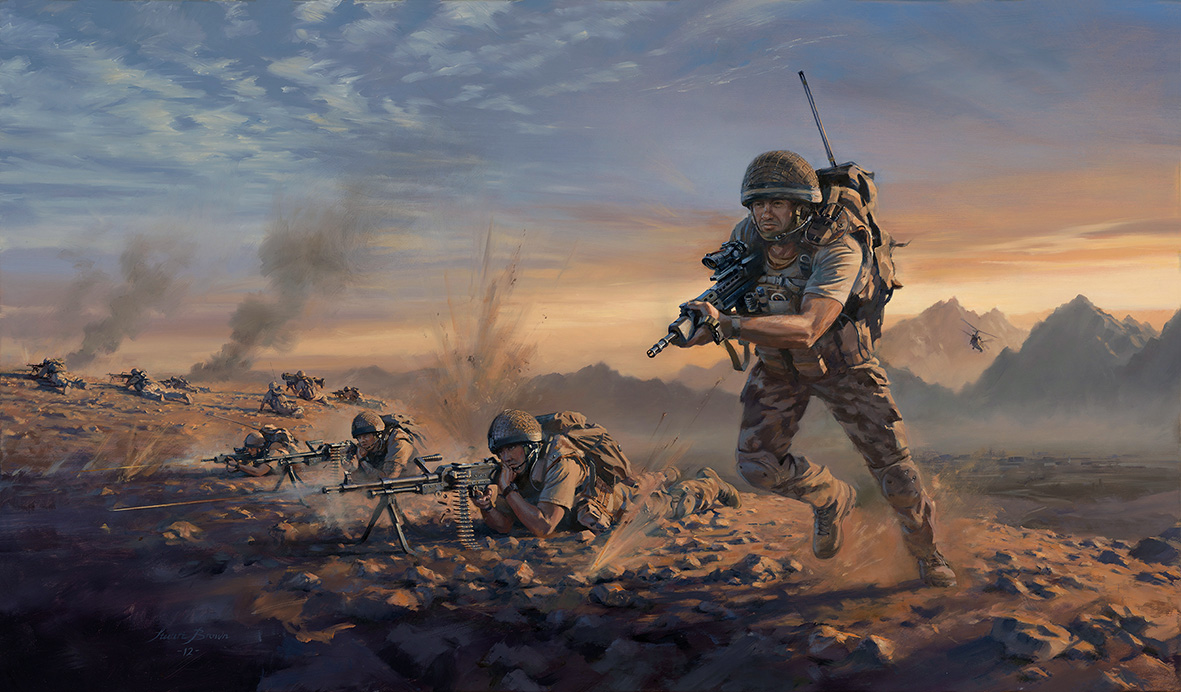 Commissioned by 2nd Battalion, The Parachute Regiment. Published as an edition of 400 prints, 350 donated to 2 Para & The Afghanistan Trust.

Known affectionately by his many friends as Mark he was a small man with huge depths of physical courage and stamina, and a giant personality. Beneath his kindness and sense of fun and adventure was the most professional soldier, who was loved and respected by the whole Battalion, not least those under his command.

WO2 Michael Williams was killed during a firefight. He was on a deliberate operation against the Taliban in the Upper Sangin Valley when he was fatally wounded.

‘A thoughtful man, when he spoke his words never failed to have impact and his actions always said more than words ever could. He expected high standards, setting only the best example in his own conduct. In leadership terms he was the anchor point for his Fire Support Group, pulling them together as a tight knit team, motivated to excel through a desire not to let him down. As far as his trade was concerned, what he did not know about machine gunnery was not worth knowing, he was a true professional and took great pride in his vocation.

‘Compact in stature but strong in heart, his character overflowed, brought joy to many and left one feeling at ease in his presence. He was genuine, uncomplicated, straight talking and honest, a better man could not be found. He died providing overwatch and security for Bruneval Company as it undertook its most challenging operation to date in the centre of the Taliban’s heartland beyond Sangin. Whilst we will miss him greatly, we will all be thankful and consider ourselves blessed to have known him.’ 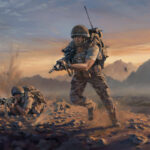 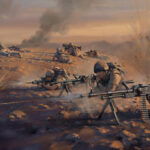