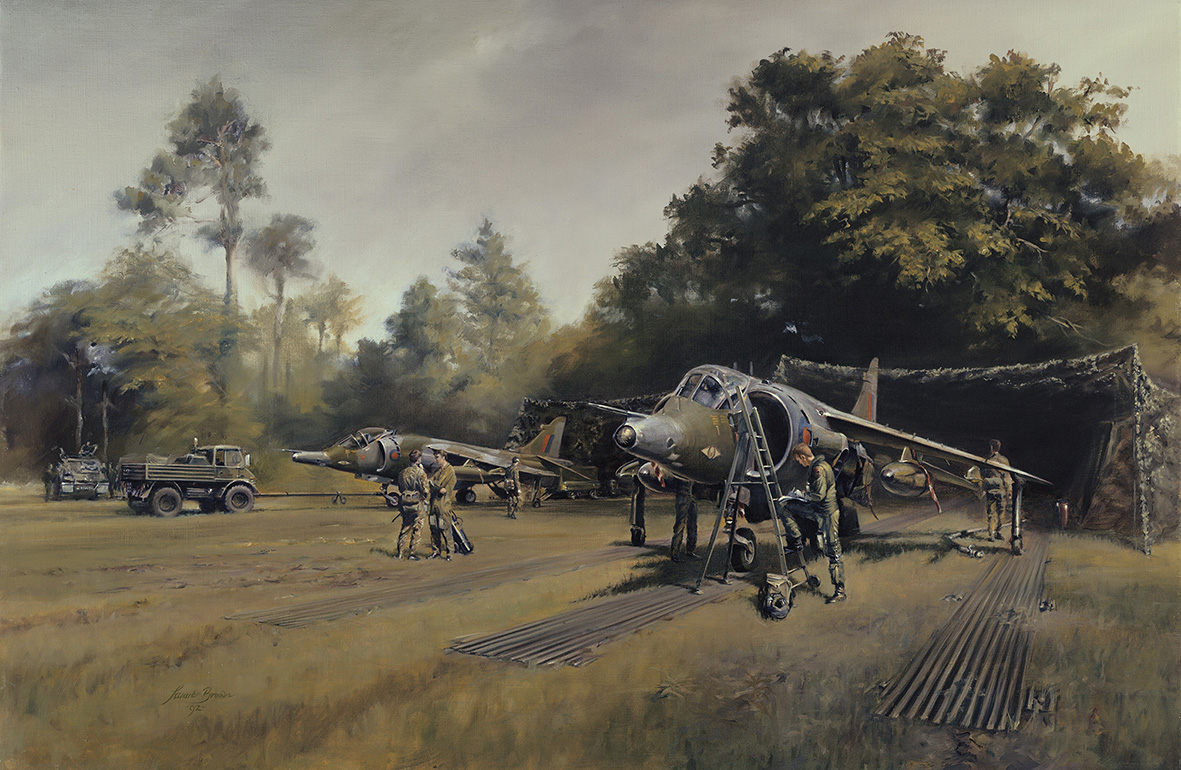 Harrier GR3’s of No.1 Squadron in a secluded hide following a field exercise. The unique vertical take-off capabilities of the Harrier allow front-line squadrons to deploy from dispersed sites.

An edition of only 500 prints, signed by former Chief of the Air Staff Sir Peter Squire and Harrier test pilot John Farley. 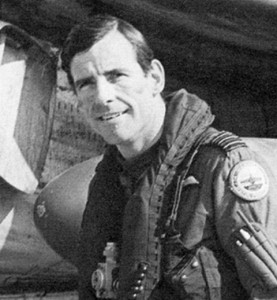 Air Chief Marshal Sir Peter Squire began his operational career flying Hunters in Singapore. He became an instructor on the Hunter before flying Gnats with the Red Arrows, later returning to operational flying on the Harrier. In 1981 he took command of No.1 Squadron, RAF Wittering and during the battle for the Falklands, led the Squadron into action for which he received the Distinguished Flying Cross. 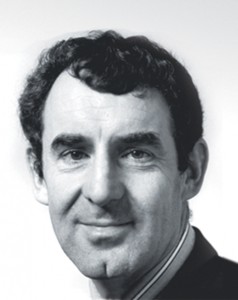 John Farley is a highly respected test pilot who has flown all variants of the Harrier family. After time as a flying instructor at Cranwell, he joined the Empire Test Pilots School at RAE Bedford. As project test pilot on the P1127 prototype in 1964, he started what was to become 19 years of Harrier test flying. In his career he has flown over 80 types of aircraft and in 1990 became the first Western pilot invited to fly the Russian Mig-29. 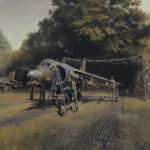 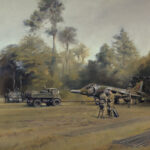