Unveiling of ‘ACTION AT LATERZA BRIDGE’ 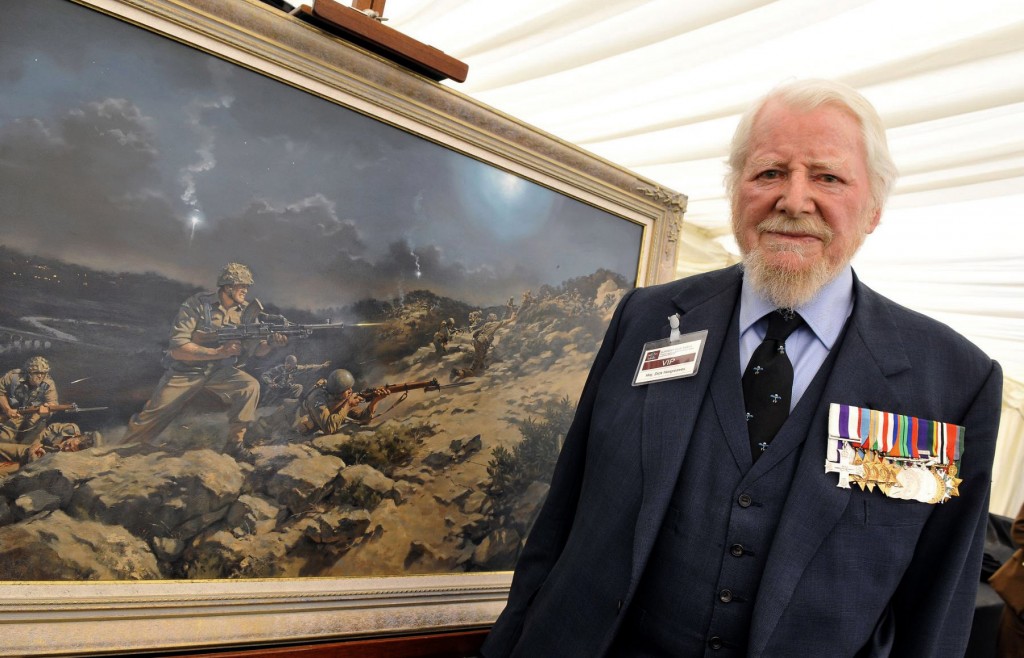 ‘It was a privilege to meet Major Hargreaves and work closely with him on the painting commissioned by 4th Battalion the Parachute Regiment.
He may be 95 years old but his clear recollection and detailed briefing made the task of re-creating the scene far easier.

Major Hargreaves unveiled the painting at the ‘Support Our Paras’ charity event at Old Sarum Airfield in May.
He proceeded to give the large audience a captivating account of the events leading up to the bayonet charge and
close-quarter action, whilst taking time to remember lost colleagues. After a stunned pause it was satisfying to
see the Major receive a lengthy standing ovation.’ – Stuart Brown