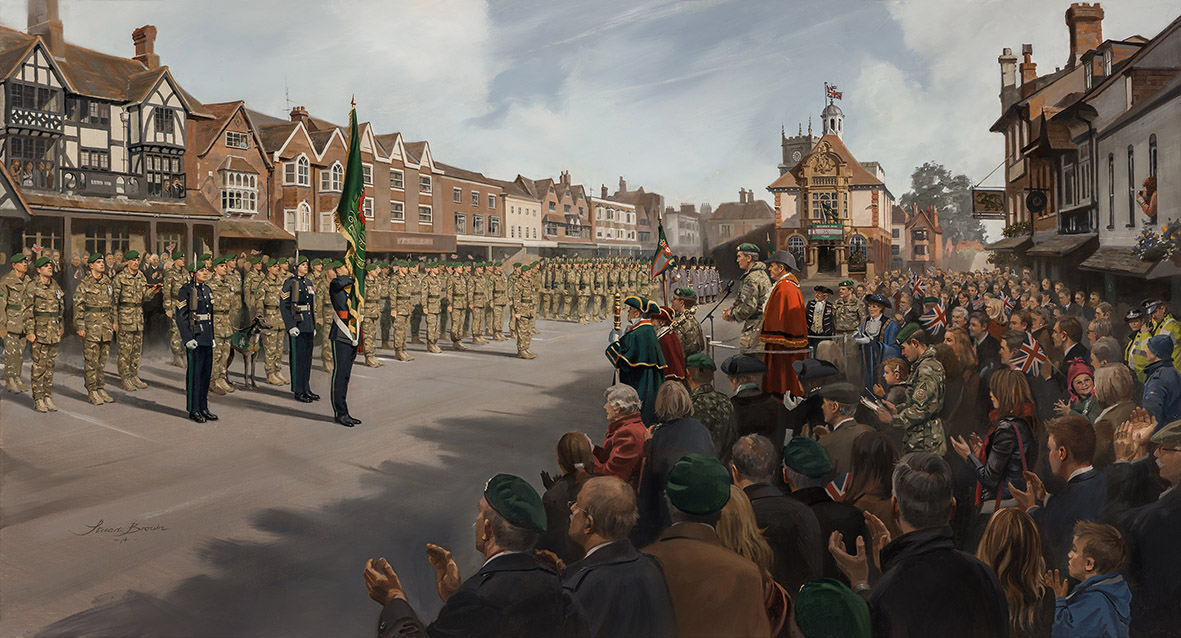 On 28 November 2013, 4 Military Intelligence Battalion exercised their Freedom of Marlborough by marching through the town with bayonets fixed and flags unfurled; marking the homecoming of personnel from Op HERRICK 18.

The parade, which marked the Battalion’s last mass deployment to Afghanistan, was led by the Battalion mascot, a greyhound named Whiteberry Boy (Blue), and the Band of the Grenadier Guards. The soldiers were welcomed by Councillor Loosemore the Mayor of Marlborough, members of the town council, and many residents of the local community. This painting was commissioned in order to foster unit cohesion, esprit de corps and to capture the extraordinary relationship that has formed between the Battalion and the people of Marlborough. 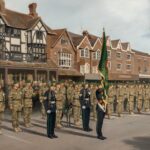 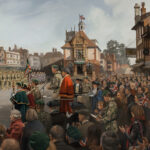